“He who closes his ears to the views of others shows little confidence in the integrity of his own views.” –William Congreve

In a lot of ways, I was quite lucky to be faced with family conflict young, just starting out. I had to make a clear, defined choice, between my family’s religion and my right to think independently. It cost me significantly but in paying, I feel like I purchased personal integrity. As a side effect, I don’t have the same struggles I sometimes see, where folks are hard-pressed to follow through on decisions not consistent with family beliefs and wishes. Because of the energy it took to resolve this for me, I am confident I know the difference between behaving in an intentionally hurtful way versus behaving in an honest way another will feel upset over.  Knowing the difference was well worth the price in tears, and that’s saying a lot right there.

Today’s Tarot is the Magician (Mercury ruled) and the reversed Two of Wands (Mars in Aries) from the charmingly pointed Tarot Nova. Here, a very simple, direct interpretation occurs—we have all the personal power we need already. It comes from within, from channeling the energy at our disposal already, tapping into the infinite yin (Moon) and yang (Sun). The Magician suggests personal control—the reversed Two of Wands would suggest we don’t have to square off with anyone else to get there. Tarot Twos suggest duality, opposing forces. Reversed, I’d say there isn’t really a standoff here; it just appears that way. 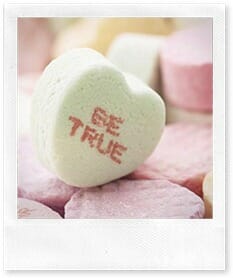 Don’t worry about who is running the show—you run your show, others run their own shows. And that’s not only fine, it’s right. Fixing them? Not your job. It’s a lesson in Zen. You control your mind, your thoughts and your beliefs, then if someone disagrees, you’re okay with that, you know? It’s their right, their feelings, their path. Yours are your right, your path. The two often meet up, but when they don’t? It’s okay. Not trying to force the issue is a powerful act of respect.

You don’t have to see the world as I do. Nobody does! Nor do I need to see the world as you. And if we can agree to live and let live, to honor the sacred right of each individual to complete their own Fool’s Journey. we can peacefully co-exist. If we’re lucky and comfortable in our own perspectives, we can also learn from one another at the same time. Self-contained and assured, there need be no competition, no winners or losers. It’s two souls meeting, sharing, freely and without obligation, and growing from the exchange. That increases each one, rather than diminishes either. That’s a beautiful thing.

Are you comfortable with those coming from a very different place than you? Why or why not?