Death Rx: When Will it End?

When will it end? Or more specifically, what comes after what you thought was the end?

Just because something is on the way out doesn’t mean everything is done, you know? That’s the question I’m facing right now–and possibly, you are too.

If so, maybe Tarot can help.

Outlook is Death. Advice in Ace of Wands. Both (initially) reversed. From the Star Tarot Deck. 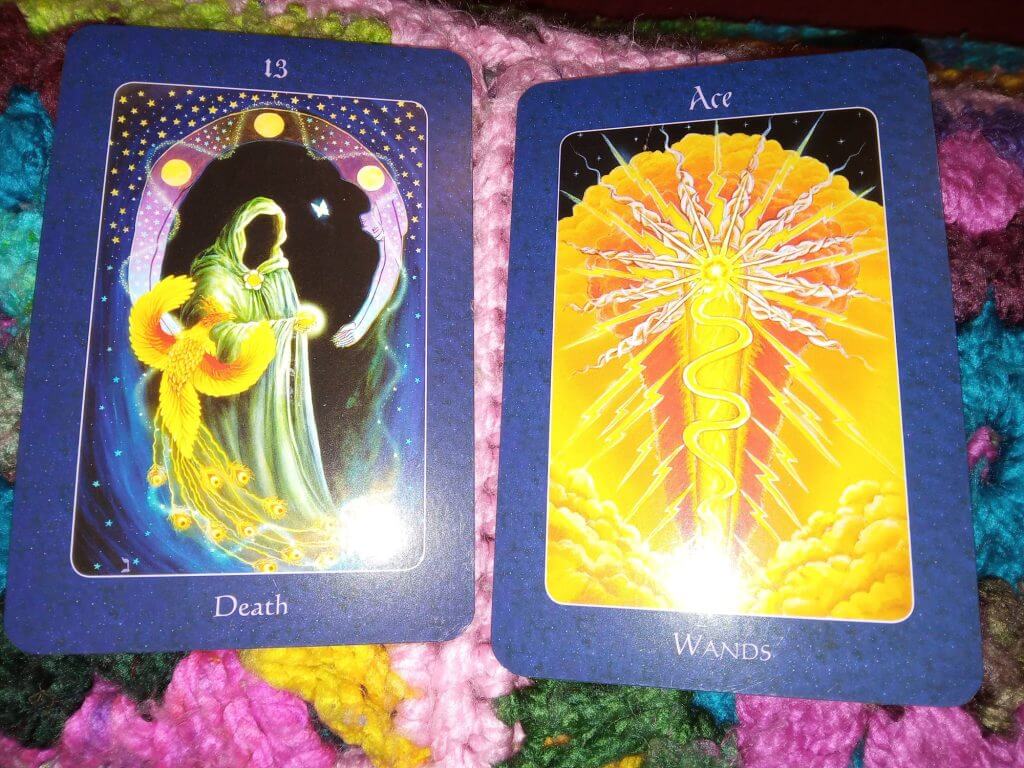 This has felt like a theme for a while–transition. Bumpy. Decay of the old, while still tussling with what the new will be about. Maybe it’s the astro–the retrograde planets and especially incoming eclipse seems a little loud to me. But maybe that’s just me. Somehow, I don’t think so but I’m willing to allow for the possibility.

We’re mid-transition and it’s not a smooth one. I’m sorry. That can make life feel like a hot mess. So be it. We are where we are.

Just be ready to act, this is prepping for action but know it might not be quite time to move (Ace of Wands Rx). The time is coming, though. The card doesn’t show up if some of that energy isn’t in the room.

At this point, we have some but not all the scene visible. We can start gearing up for action, we can make our plans, but know that we don’t have everything we need in place yet. Take it one step at a time and don’t move until your gut tells you to, okay?

Hang in there friends and stay safe (and sane) out there!

Much love from the Zen Goddess.
~Dix

Hierophant & Knight of Pentacles: Working Out