Magic in Real Life: As Above, So Below?

“As above, so below” is the oft-repeated Hermetic principle of Correspondence. When I first accepted this idea into my consciousness fully, I have to admit, I felt a little crazy.

We had a water cooler in our utility room. One day, I walked in to water all over the floor—at least a gallon, maybe more! I cleaned up a huge, watery mess, stressed out and upset over whether the cooler was broken or if the remaining water was soon to be on the floor as well. 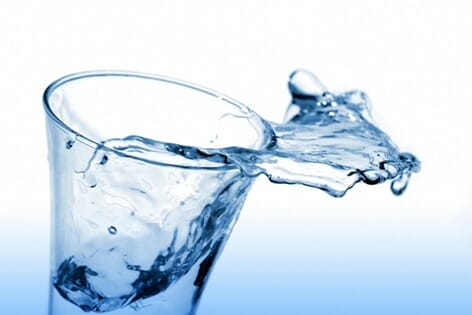 Odd thing was, after I cleaned it all up and went to examine the cooler, I couldn’t find thing one wrong. Nothing! The bottle was well-seated and not cracked, the cooler seemed to be operating properly and there was no indication of water where it didn’t belong except on the floor. No clues!

Later, I found out a child of someone I love passed, about that same time.

Knowing water represents emotion, it occurred to me the water on the floor was a massive spilling of emotion. I never found a “rational” explanation for the water, but since, then, I’ve paid attention. And yes, I’ve seen the connection reappearing—spilled water = spikes in emotion. Often, it’s me although sometimes, it’s someone else in my sphere.

But sometimes the link is so straightforward, it’s just funny. When I worked the last psychic fair, I climbed into my minivan after it was over, utterly exhausted from all the energy I’d expended (but not managed ideally) and tried to start up to go home. The engine light promptly came on and some kind of fizzle came out from under the hood. I eventually drove it home with the light on and later, found out the fuel pump had been blown out of it’s position and the van was leaking gas.

Couldn’t have come up with a better metaphor for how I was feeling. Since then, I’m a believer.

Do you see connections between the inner and outer worlds?

Does it matter, what’s in the basement?