Mars in Cancer is another one of those placements that just doesn’t get any respect. It makes me feel compelled to speak up for the other side. While I’m not an astrologer, I pay attention. My dear husband has Mars in Cancer, so I have had long-term opportunity to become acquainted. I asked Tarot for help in illuminating the often misunderstood Mars in Cancer.

Up shows the Ten of Swords. This version from the Legacy of the Divine is particularly stunning rendition. I think of Tens in Tarot as that void between the end of the cycle and the beginning of a new one, holding both the completeness of what’s been and the birth energy of what will be in tandem. Swords are, of course, the Air element, so we’re centered largely in thinking. Astrologically, this card is associated with the Sun in Gemini. The 10 of Swords shows up for me both for betrayals or overreacting. Think overkill.

Because Cancer is so sensitive, even slight attacks are felt very deeply by Mars in Cancer. You may not have idea you were responsible for those swords. Maybe you consider the reaction out of proportion, but you’re not the one with the swords in your back, huh? Be aware that being part of a Mars in Cancer person’s “family”–the inner circle–is a hallowed position of trust. If you want to stay there, never ever take a stab at his soft spots. You’re doing much more damage then you realize. 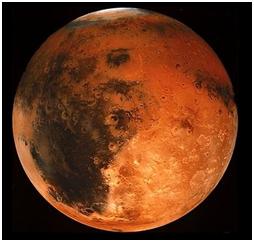 You’ll often see Mars in Cancer characterized as passive aggressive, and like any generalization, there is some truth. That’s certainly one way for the energy to express. I think it most likely to come out that way when the individual is not sufficiently mature, or if Mars in Cancer folks do not feel heard. Mars prefers to be more direct. But if the direct way is blocked, Cancer will express indirectly. One way or another, that frustration is coming out. Acknowledge conflict and listen kindly, even when (especially when) your viewpoint differs, and you will have much less trouble with passive aggressiveness.

One of the things about the placement you don’t hear enough about is the loyalty factor. Mars in Cancer will defend their home and their family, birth or chosen, vigorously. The quickest way to rile a Mars in Cancer person is NOT direct attack, but through an attack on a loved one. They pull out all the stops. Furthermore, they will genuinely and deeply care about their beloved’s safety and security, doing their best to quietly, gently look after you.

The Mars in Cancer man may check to make sure your tires are well inflated, fill your windshield wiper fluid reservoir, or remind you about ice on the road. The Mars in Cancer woman will not only feed you well, but also make sure that meal is nutritionally balanced and healthy. In other words, they will act (Mars) to secure your well-being (Cancer), physical and emotional. Mars in Cancer often expresses love in a very tangible, practical way. As a bonus, Mars in Cancer will generally respect your feelings, having an innate understanding of the role emotion (Cancer) plays in your actions (Mars).

The Ten of Swords reminds us that the pain Mars in Cancer feels is real and intense, even when it may be (at least partially) self-generated. To successfully relate to a Mars in Cancer native, don’t wield one of those swords. If a Mars in Cancer native is wounded, allow them time to retreat, heal, and gain perspective. Be sensitive to their needs and clearly express the value you place on all those sticky feelings they’ve got. A Mars in Cancer person who is secure they are heard and loved as-is will be less likely to overreact to small slights or become passive aggressive. Treasure the loyalty and devotion to you. Not many would go to the lengths they will in order to protect you and make sure you’re secure. They don’t commit with their mouth—they commit with their heart and express it by action. That’s worth the trouble to manage, don’t you think?

What’s your experience of Mars in Cancer?

Get your Email On.

Captain Virgo, Legacy of the Divine, Mars, Mars in Cancer, Ten of Swords

Legacy of the Divine Deck Review